We all met up on Friday at 9.30 PM just after Scouts. The Sleepover was as usual a joint effort between 2nd Uxbridge and Perseverance Cubs. So that’s 33 kids and 6 adults with some occasional help from other leaders and parents. After the cubs had settled down we kitted up and began our night hike. The route took us over the common to the river Frays then along the Grand Union Canal and up through the golf course. Akela did his usual history talk as we walked…. Yawn! No lectures please Akela! We had a short break at the Golf course car park for some refreshment and then the final mile home to the hut. We were lucky with the weather, dry but very cold. Graham had been busy cooking some sausages which were devoured double quick. Then to bed if not to sleep. The boys were pretty tired and most were a kip by 1.30 am (I think that’s a record) in previous years we’ve been up till 5.30!
Breakfast on Sat was the full Monty …. Cereals, eggs any way you want, bacon, beans, eggy bread and tomatoes etc. After a short kick around out side (football that is) the boys started their Badgework. We opted for the “Entertainers Badge” and we gave them some ideas. We ended up with plays using wooden spoon puppets. The titles were as follows: The Rebel Chickens, Akelas Revenge, Animal Hospital, The Electric Boots, The Garden Monster, Robbery in Uxbridge. I thought that with that range of titles we should get mixed entertainment. Strangely it all boiled down to general spoon on spoon violence, odd children!
After evening meal we watched some DVD s and by 10.00 PM they all went to sleep (result!)
On Sunday it was rise and shine early because we were off to the London Eye and Belfast. Boy that is one big hamster wheel! Worth the wait to get on although we were very cold. After the wheel we took the tube to The Belfast and had our lunch. The leaders needed hot coffee if only to warm their hands up!. Refuelled we boarded the Ship and the cubs began to explore. Unable to either start, move or scupper the ship we proceeded to the shop to blow I mean carefully spend their pocket money, some boys even went home with some change…. Very odd!
Then home again and back to Mum, Dad and a hot bath for the leaders.
A success as usual we had no homesickness in fact a few of the boys wanted to stay longer. Thanks to all who came along, it’s always pleasure organizing this event with so much help. Summer Camp is not far away! 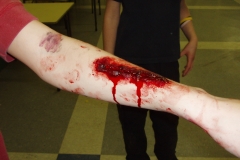 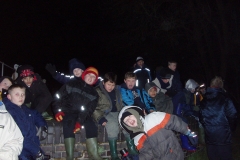 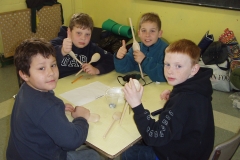 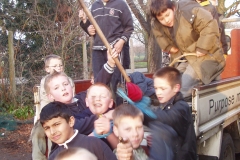 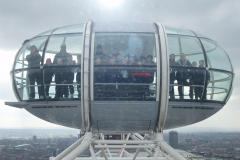 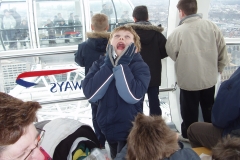 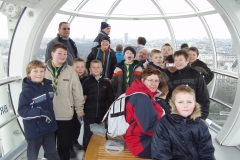 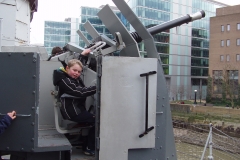